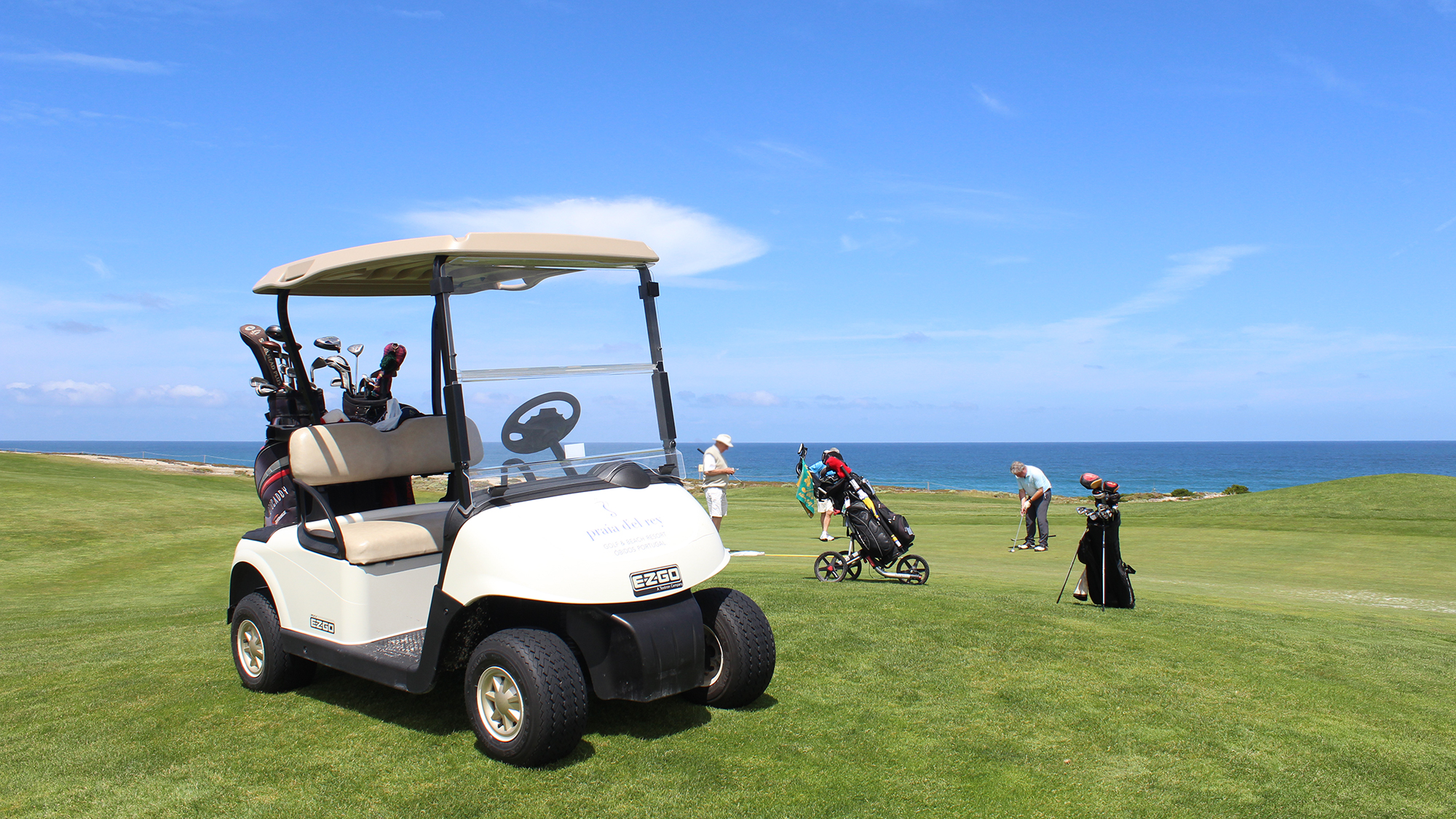 A belated happy new year to all members. Firstly, I would like to tidy up 2014 and bring you up to date with results,etc.

In 3 days of competitive golf in tough conditions England, led by Caroline Simpson prevailed and captured the World cup for 2014, congratulations to all who braved the harsh weather.

The hangover cup had an impressive field of 52 sore heads, this year the honours were shared between Anne Mooney & Owen McGuigan.

The first serious competition of 2015, the ever popular Portucale tournament was held on the 2nd of January, as usual a big field, played in testing conditions with Uwe Schaipp capturing the Howard Gibson cup, Jane Wilson was the victor in the Portucale owners section. The wine at the dinner was once again very generously sponsored by Joan Gibson.

Jane & Jeremy Wilson announced that they were stepping down from their role as chairperson’s of Portucale and therefore also as hosts of the golf tournament. I would like, on behalf of all the members, extend a big thank you to both of you for the way you ran the event over the last number of years and especially this year for the fantastic amount raised over 3,000 euro, which you donated to the Captain’s charity.

Joy Mendoza continues her very successful unique 9 hole Friday’s. Its amazing that even on slow weeks over 30 people appear for this popular event. Thank you to the January & February sponsors, namely, Peter Reed, Eva & Begnt Persson Beryl & Bill Jones, Margaret & Peter McQue. A number of members have forward booked sponsor dates, however, there are still some Friday’s available, if you wish to become a sponsor please contact Joy or myself.

Well done to Jorge Figueiredo, the January order of merit winner, also to Brian & Aga Kearney, Jim & Judy Harris, winners in the January & February pairs event. A reminder to all still involved in the club matchplay that time is moving on, please get your matches within the allocated timeframe.

Important dates as per under:

Mid-Amateur Team championship is on in Oporto Golf Club on the 30th & 31st of May.
This is a 6 MAN stroke-play event off Scratch, played over two days, first day singles, second day foursomes, from the White tees. If you are available please let me know as soon as possible, I would like to select the strongest possible side to represent our club in this prestigious event.

Seniors Club Championship at Aroeira on the 6th & 7th of June.

A team of 4, single strokes over 2 days, you must be 55 or over (age not handicap) Same criteria as above.

Please note, if possible, the intent is to select 10 different players to contest these events.

The pain of last year’s campaign is still with me, all our losses by a margin of 3 matches to two, 1 halved match and 2 big victories. We are very close to having a league winning team, I have no doubt that if we can field strong sides in ALL of games we will win this trophy. Please sign up at reception for the first match, sheet will be open from March 1st.

Next major competition is March 17th, the Irish national day, we have a wonderful day planned, 18 hole golf, stalls in the clubhouse, a drink reception in the Marriott followed by a 3 course dinner. The highlight of the evening will be the entertainment, with guest stars, all for 35 euro.

We have received prices from our golfing associate Vidago Palace for a 2 night stay in May, prices as below:

Local restaurants work out at approximately 20€ p.p.
Golf both days at Vidago is free.

On the third day golf is available at Estela at a cost of 25€ with GNIC card. This is a pure links course and well worth playing, its just outside Porto on the way home. If you are interested please advise me by e-mail, we have not yet firmed up on dates but the likely commencing date is Tuesday the 5th of May.

In 2005, 2 members had the foresight, vision and imagination to suggest a pro-am at PDR. They received no encouragement from the then director of golf, both continued regardless. They managed to get the event of the ground and today, 10 years on we host the biggest pro-am in Portugal, take a bow Rob Walsh & Steve Cottrell. Our current golf director, Francisco Cadete has driven this event forward and has succeeded in attracting major golf brand sponsors. However, in PDR there is no bigger brand than Phil Thomas, Phil has been with the event from day 1 as the main sponsor and continues to support the event year on year. I appreciated his rousing wallet opening speech at the dinner on Saturday, many thanks,Phil.

Its often said at sports dinners, ect., “everyone here is a winner” this year, through the efforts of Rob, Steve and Francisco this sentiment came true, all competing teams went home with a prize, well done gentlemen. Team Sex, Drugs & 19th Hole won the event with a magnificent 29 under par two day total.

The pro’s needed a play-off hole to decide the winner, a wonderful chip in birdie from Phil Edwards on the first extra hole secured victory from Jason Levermore.

After Portucale I began to believe the 15,000 target was reachable, I was hoping for a “feel-good” factor at the Pro-Am dinner, I must admit that I was “blown away” by the items donated for the auction, the prices paid and the table collection, with pledges and money in hand the total now stands at 17,920. The official charity name can now be revealed, roll off drums…

The work is continuing at the sports centre, we received a small set back when EDP gave an estimate of 10-12,000 euro to connect electricity to the centre, yes you did read that correctly, 10 to 12K. The good news is that Peniche camara have agreed to cover the instillation cost up to the perimeter wall, we will pay balance, 1,800 plus IVA. The charity still has 4 months to run, I have reset the target to 20,000, which is achievable. Thank you everyone.